A native to China, Ginkgo is one of the oldest tree species in the world. The tree is widely cultivated and has many uses as a source of food or in traditional medicine. Its name is regarded as a misspelling of the Japanese ‘gin kyo’, meaning ‘silver apricot’.

Anecdotally, it is a powerful memory aid. A study published in “Phytotherapy Research” (November 2007), also found that fat-soluble extracts of the Ginkgo biloba leaves might have anti-stress and antidepressant effects. Its action on memory is due to its mild blood-thinning effect. Increased blood flow to the brain improves quality of life for patients with Alzheimer’s and also helps improve focus and concentration.

Ginkgo biloba is very safe for most people, but it can have minor side effects such as headache, dizziness or constipation.

Ginkgo biloba is available in many forms. Most commonly, it is taken in drink, tablet or capsules form. The suggested daily dosage is 40 to 80 mg of extract three times a day.

Important: Ginkgo should never be taken together with blood thinning medication such as warfarin. It could lead to fatal brain bleeds (strokes). 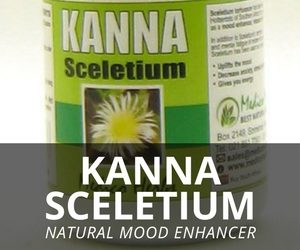